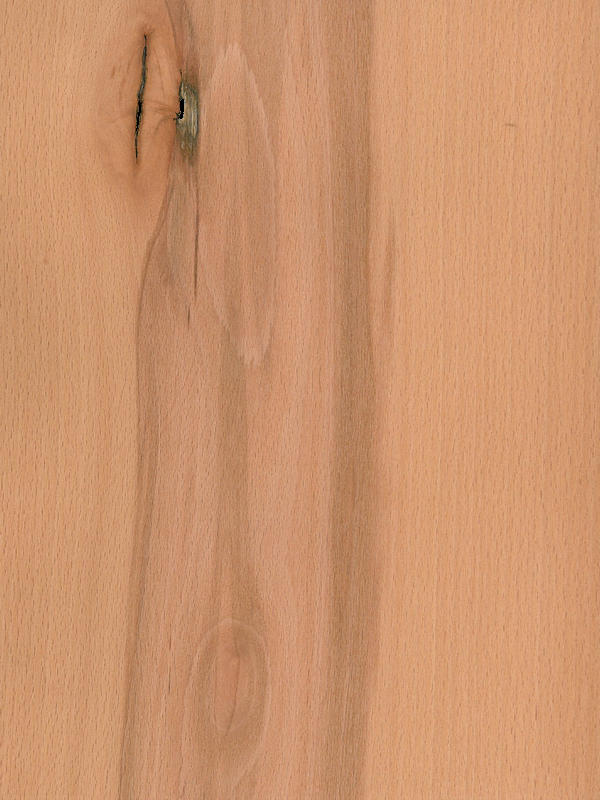 Beech is an european species that mostly cames from Western and Central Europe. Compared with other european species Beech is large in dimension. Moreover, in some regions the Beech tends to have a great tension and buckles as a result of irregular annual ring formation.

Its colour varies from orange-white to a more or less intense pink or reddish-brown. The sapwood and heartwood are not clearly separated, often when Beech get older, the heartwood turns brown.

Beech Crown Cut Steamed is the result of cooking Beech logs in the usual way of other species. In its raw state has a pale creamy white appearance and once it is cooked the veneer takes on a darker pinkish hue. As a result, the new hue highlights the beautiful natural appearance of this specie.

The spalting, which is caused by a fungal attack, appears as many fine dark lines that meander irregularly through the veneer, with the areas in between sometimes showing different colour shades. This gives a decorative and rustic appearance to an otherwise generally plain species. Rustic Beech is not widely available however and should be regarded as a special.

With its new surface Beech Crown Cut Steamed Rustic became more appreciated and option in the market. A special classic appearance that is a perfect allied to create any unique interior design, furniture or environment.