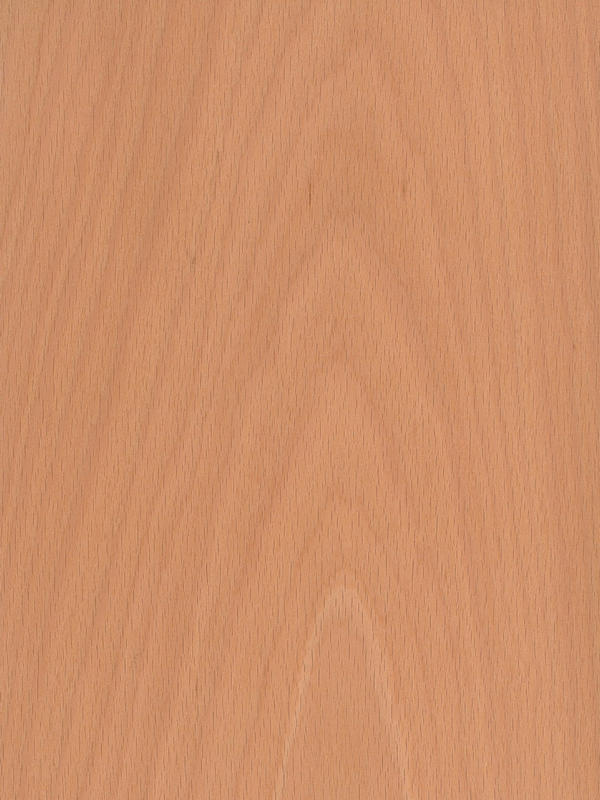 Its colour varies from orange white to a more or less intense pink or reddish-brown. The sapwood and heartwood are not clearly separated, and often when Beech get older, the heartwood turns brown.

As a fairly plain wood veneer, large quantities of Beech are consumed by all branches of the woodworking industry, and it is used extensively on furniture, doors, other interior joinery and for shopfitting. Beech also is well-suited for work benches as well as being wood construction lumber.

Steamed Beech is the result of cooking Beech logs in the usual way of other species. In its raw state has a pale creamy white appearance and once it is cooked the veneer takes on a darker pinkish hue. As a result, the new hue highlights the beautiful natural appearance of this species.

With its new surface Steamed Beech is a perfect allied to create any interior design, furniture or environment. A classic appearance that will provide you a restrained look, but always maintaining the natural character as the motif of the space.