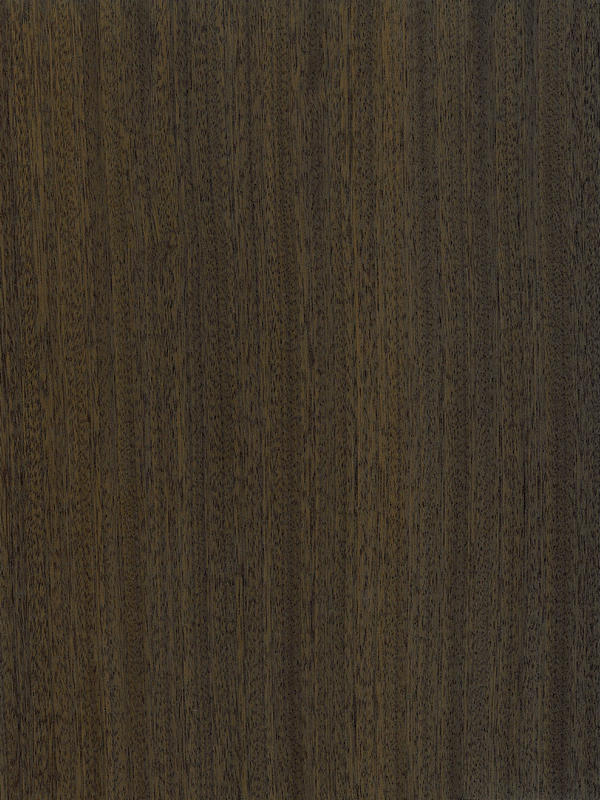 This kind of wood has a weak pink to dark red heartwood, quickly darkening to a red brown in time. One of the most traditional feature of Sapele is the interlocked grain. It is a hard wood, reason why it has been used as construction lumber, but its bright and fine texture which makes of this wood a very common choice in the interior design, furniture, paneling or doors.

The Sapele quarter cut get a shining striped veneer with a simple outer aspect by cutting Sapele in quarters, whereas a tangential flat cut procures a clearly defined pattern because of its interlocked grain.

This natural quality of Sapele Quarter Cut has here an added a value with our Smoke Finishing. Our smoked veneers are made by a special unique process, made sheet by sheet in autoclave with high pressure and short process (less than 24 hours), amonia neutralisation in the same process, remeasuring and relabelling each sheet once we have smoked it.

Our Sapelle FUME is remarkable darkens in comparison with the natural look of the veneer, enhanced the stripy effect and the contrast between veins.

That´s why Sapele gives you the possibility to fill rooms with a subtle exotic African scent, or even be used as a deliberate contrast to modern element.