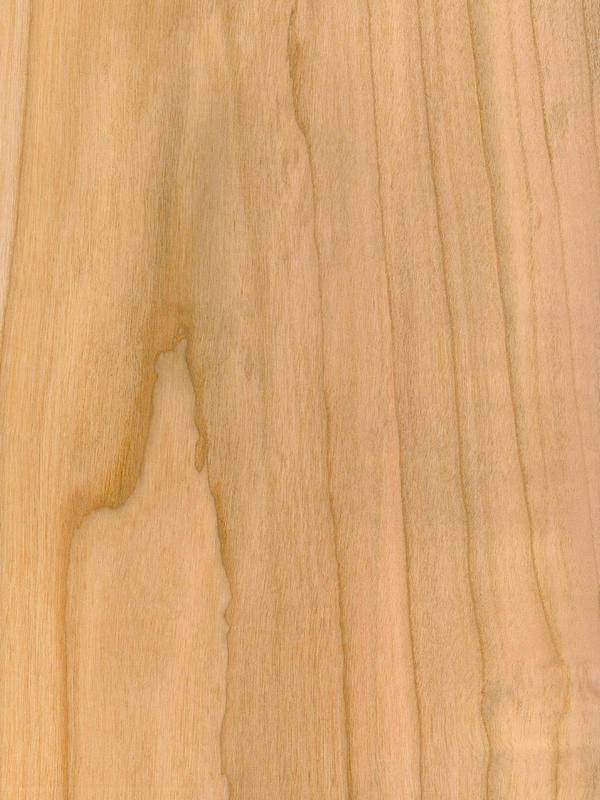 Its warm and natural appearance with its clear colour and fine grain makes European Cherry one of the most used woods in the world.

Cherry, also known as Kohl Cherry or Cherrytree, is an european species that mostly cames from Europe, Lower Asia and North Africa. It grows generally alone in mixed stands, and is mostly common and wide-spread in the eastern european countries.

This veneer is available either crown cut or quarter cut, often displays more figure on its surface than its American relative. Occasional figured logs are found, usually displaying a pretty mottle or fiddleback. Its grain is fine and its fibre is straight. Besides, it presents a shiny grained and its growth rings are differentiated.

Its colour varies from a pinkish yellow to a light reddish brown. The heartwood wood color it is pink pale-brown and the sapwood is lighter. The wood of sapwood are clearly separated. Warm, reddish orange color and unlike the American Cherry the veneer becomes more and more attractive and warmer in time. Often with slight green streaks. One of the most beautiful known furniture wood species.

Cherry European Crown Cut and its warm and clear colour turns it in an excellent and very exclusive veneer wood for the furniture industry and interior fixtures. Cherry wood gives you the ability to get the beauty of natural cherry and be able to get a consistent look.

This veneer can suit perfectly as in warm atmospheres, as in classic spaces or give a very distinctive perspective to modern and minimalist architectural projects.